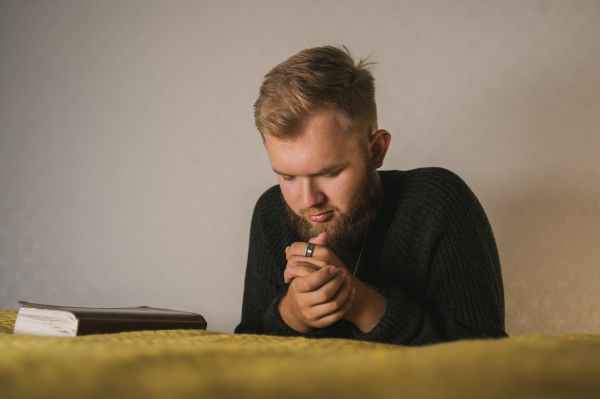 In 2 Kings, chapters 18 and 19, we can read about the reign of King Hezekiah of Judah. During his reign, a mighty king, Sennacherib of Assyria, came to lay siege to Jerusalem. Sennacherib taunted King Hezekiah, sending him a letter boasting about the might of the Assyrian army, and all its conquests. In the letter, he also taunts King Hezekiah about trusting in God to save Jerusalem, suggesting that God was unable to rescue the Jews, while simultaneously suggesting that God had given the Assyrians His blessing.

Hezekiah had already made some provision for the coming siege. He had his workers divert the water supply that flowed out of the city, creating a system of tunnels that kept the water inside the city walls and filled pools and wells for the people to withstand the siege while depriving the invaders of a crucial resource. (Evidence of these tunnels has been discovered by archaeologists, including carvings by two work crews who were “competing” to see who could complete their part of the tunnel fastest!)

But Hezekiah did not trust in his preparations. He did not trust in diplomacy or alliances. He took the offending letter from King Sennacherib into the Lord’s temple and spread it out before the Lord (2 Kings 19:14). He prayed earnestly, never mentioning his own efforts and preparations, but reminding himself of God’s power and glory. He even acknowledged that the Assyrians had been victorious in their other conquests! But then he asks for God to rescue the nation– “then all the kingdoms of the earth will know that you alone, O Lord, are God. “(v. 19).

God DID respond, and the Assyrian troops were routed by the Angel of the Lord. Sennacherib returned to his home, and was assassinated in the temple of his false god by his own sons. Hezekiah’s troops didn’t even have to lift a finger!

What situations am I facing today, that need to be brought to God in prayer? What threats seem to hover over me? Do I respond as Hezekiah did? Or do I try to bring only the part that seems “too much” for me to handle? Do I bring my own agenda, or my own efforts to cloud the issue? Do I worry more about my own reputation than I do about God’s honor?

Lord, may I be more like Hezekiah–may I lay everything on the table before You, knowing that Your power is more than sufficient, and that Your honor and glory are greater than any force at work against me. Protect and defend those who humble themselves before You. Destroy those forces that would seek to exalt themselves and taunt Your Holy Name. Rise up, that “all the kingdoms of the earth will know that You alone, O Lord, are God!” 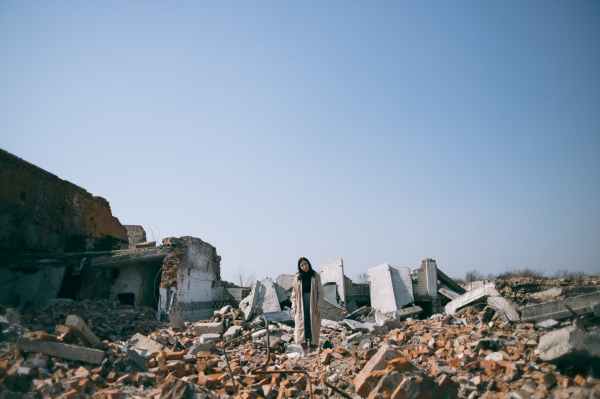 It is very discouraging to listen to the news lately…pandemics, riots, economic collapse, lock-downs and social distancing mandates…some days it seems like it can’t get any worse. And yet, if someone were to report that things will soon get better, would we believe it? Even if a prophet of God came to reassure us, would we greet her/his news with joy, or would we react with cynical disbelief?

Such was the case hundreds of years ago in Samaria. The capital city of Israel was under siege by the Syrian King, Ben-Hadad. https://www.biblegateway.com/passage/?search=2+Kings+6%3A24-7%3A20&version=ESV The entire city was trapped; surrounded by thousands of soldier, they were terrified, diseased, and starving. It was far worse than most of us have ever experienced. The siege had gotten so bad that the people had resorted to cannibalism–things could not get any worse. The king, desperate and helpless, sent for Elisha. And the prophet had unbelievably good news– in less than twenty-four hours, the fate of Samaria would be completely reversed. There would be food, freedom, and joy throughout the city– plenty for everyone!

Hope! Joy! Salvation! But how could this be? The king’s messenger scoffed–“Impossible! Even if God opened up the heavens, this could not happen.” So Elisha has bad news for the messenger– he will see this prophecy fulfilled, but will not be able to enjoy it.

And it all happens just as Elisha predicted…in the middle of the night, the Syrian army panics and flees. Prompted by the Lord, they believe they hear a mighty host coming to ambush them in their tents. In their flight, they leave everything behind– food, weapons, clothing, medicine–vast resources, and enough to supply the entire city!

Alerted to this miracle by four lepers who brave the enemy camp only to find it deserted, the king and his messenger are still skeptical. But when the report is confirmed, the citizens rush out to plunder the Syrian goods, trampling over and killing the messenger in their haste.

When times are tough, it is easy to hold on to a limp and lifeless form of faith– we keep praying and reciting platitudes; we tell ourselves to be patient and bear up under pressure. And we should not lose heart or compromise the truth for a temporary sense of ease. But our faith has to be prepared to see God do “exceedingly, abundantly, above all that we ask or think, according to the power that works in us..” (Ephesians 3:20 NKJV) Because just when things couldn’t get any worse, they may just be about to get better than we can imagine!

Lord, may I seek your face with confidence and joy– not because of the circumstances I face, but because of my faith in Your great might and power, and in Your grace and wisdom to turn even the worst night into a glorious and victorious dawn!