“A Mighty Fortress is our God; a bulwark, never failing..”
These words are known and sung (in various translations and languages) around the world. But Martin Luther wrote this song over four hundred years ago. What relevance can these words have in an age of nuclear bombs and globalized economies and climate change? What do they mean to us today?

I don’t live in a nation of many castles. There are two stone “mansions” in the small town where I live. They seem tiny compared to mansions in other parts of the U.S. and the world. And we have a small armory; home to a National Guard outpost. But a mansion (or even an armory) is not the same as a castle or a fortress. Mansions are built to be impressive; armories are built to be immediately prepared for disasters or attacks; castles are built to be impregnable and permanent. Our God is not just a fortress; one outpost among many mighty gods– He is The Mighty One–uniquely sovereign, eternally victorious, and perfectly protecting all within His power.

And this protection doesn’t depend on my might or fighting ability, or my weapons or strategies. It depends on my being inside the fortress, safe and sound. The war rages all around, but it cannot defeat me, so long as I am in the fortress.

There are mighty castles, forts, towers, citadels, and walls around the world– all built by people and victims of the ravages of war, time, weather, fire, bad management, etc. Over the years, types of fortresses have given way to new weapons designed to bring them down. Wooden forts are susceptible to fire; stone castles can be brought down by catapults, battering rams, and bombs. Underground bunkers can even be ruined by earthquakes or nuclear assault. And yet, we are still amazed at the power and legacy they represent. Many have stood for hundreds or even thousands of years. But God is eternal; His might and protection will never fail. No weapon forged or imagined can triumph over His power and sovereignty.

Prayer brings us into the safe and powerful presence of God Almighty. There is nothing of our worries, our guilt, our doubts, or the accusations of the enemy that can shake the foundations of God’s fortress. And the cornerstone is none other than Jesus Christ– unshakable, victorious, and eternally one with the Father and the Spirit.

That doesn’t mean that we won’t ever find ourselves in battle, trusting in God’s armor against the arrows of the enemy. But the war is already won– His Kingdom is forever! And ever! 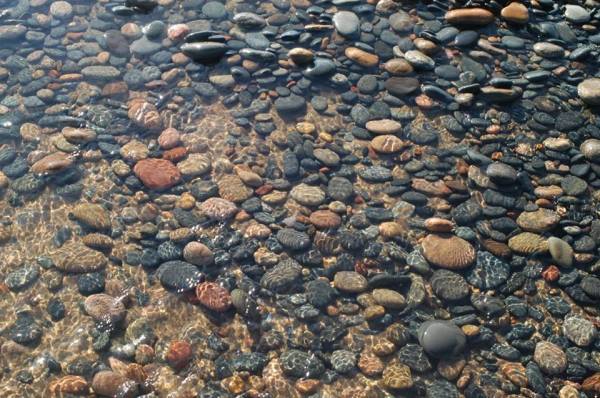 God’s ways are not our ways. God often turns our expectations on their heads– choosing Abraham and Sarah to become parents at an advanced age; choosing Moses, reluctant, disgraced, and hot-tempered, to shepherd close to a million refugees across the wilderness; choosing David, young and poorly armed to defeat the mighty giant, Goliath; choosing to send His Messiah as an infant, the son of a teenage girl stranded miles from home in a cattle shed…

Not only that, but God chooses to include cryptic and seemingly random details in many of the stories we read in the Bible. When Abraham and Sarah received news that they would become parents, Sarah laughed. Such a small detail, but God called attention to it, even giving the name Isaac (Laughter) to this promised son. When God called Moses, He didn’t just include the details of the burning bush and the miraculous signs, He chose to include Moses’s excuses and objections, and a curious command to Moses to remove his shoes.

Recently, I found a short discussion about the “five smooth stones” David used to defeat Goliath. https://www.biblegateway.com/passage/?search=1+Samuel+17%3A26-50&version=MSG Some teachers spend time talking about the number of stones– why five? Did David doubt God’s power and provision? Can we attach significance or apply principles to each stone? But someone commented (I’m sorry, I lost the reference, or I would attach a link) on the fact that the stones were smooth–I’d never really noticed that detail before. David chose five smooth stones from the brook, not five heavy rocks, not sharp-edged stones of flint, not round balls made of iron– five smooth stones. The smooth stones in the brook may seem like a strange choice to us if we are not used to using a sling, but to David, such stones meant greater accuracy and speed. Five such stones would have been about a handful– easy to carry, load, and fire in rapid succession, if necessary.

I would like to suggest that there are some principles here that apply to both prayer and Christian living, especially involving how we can pray for and interact with the “giants” and “enemies” in our lives: