At the risk of alienating several family members and friends, I feel I need to make the following statement:  The United States of America is not, has never been, and will never be a “Christian Nation.”  I am not saying this in disparagement of my homeland– I’m not suggesting it is an irreligious nation.  But I think the term “Christian Nation” gets used presumptiously to suggest that America is uniquely righteous, or immune from criticism or judgment.  America is not a theocracy, and it is not a bastion of Christian virtue.  We are a nation “under God”, but not a nation that recognizes God as its supreme ruler.  Our government, while based on principles handed down through centuries of Judeo-Christian practice, is built around documents written by and for the people of this nation, independent of their adherence to that practice or to those doctrines.  1st Amendment and Religion

Our government does not sponsor Christian churches, nor does it require its citizens to belong to a particular religion or religious group in order to enjoy its rights, freedoms, and protections.  We do not have federal laws that punish those who believe other tenets or practice other faiths that do not fall under the Judeo-Christian umbrella.  Our courts may limit the practice of religion (including Christianity) when it conflicts with a “compelling”  governmental interest, such as public safety.  And our citizens who are practicing Christians are not united in how they apply Christianity to politics, and vice-versa.  Our members of Congress are not elected based on their adherence to a religious practice, and our leaders are not required to be clergy (the very thought is pretty laughable to most of us in today’s political climate!).  America is designed to be a nation that practices one of the most basic tenets of the Bible–that humans have the gift of Free Will, and the right to use it.

Having said all that, I also want to be clear that the Judeo-Christian tradition has played and (for now) continues to play an enormous role in our laws, societal construct, and civilization.  I’m not here to ignore that or dismiss it as unimportant.  My goal is to point out that prayer and politics should not be conflated or equated–prayer is not and never has been the equal of political thought or action–prayer is always superior!

As Christians, not only in America, but anywhere in the world, we are called upon to live worthy of Christ and his Gospel.  That doesn’t mean burying our heads in the sand or staying silent in the face of evil and injustice– we should be engaged in our communities, and in our civic responsibilities.  But it also doesn’t mean that we protest, promote, plot, and proceed politically in our own power or wisdom.  We are commanded to pray for those in leadership and authority– those we voted for and those we didn’t!  We are commanded to submit to those same authority figures, to show them honor and respect, even if we are opposed to their policies and seeking to reverse those policies.  We are commanded to live (as much as it depends on us) in peace with our neighbors, to love our enemies, and bless those who curse us.   Our patriotism and our political expression must be in line with, and submit to, our commitment to follow Christ.  To show contempt or hatred for our nation and its leaders is to show contempt for the God who is sovereign over them.  But that same God will not excuse us for turning a blind eye to sin and corruption, or worse yet, covering it up or calling it righteousness.  Our prayers, both personal and political, need to be based in truth and love.

Even as we live in tumultuous times, we are commanded to pray.  In relation to our nation and our society, I think there are at least four important things to keep in mind:

Prayer connects us to the power of the King of Kings and Lord of Lords, whose banner over us is Love. 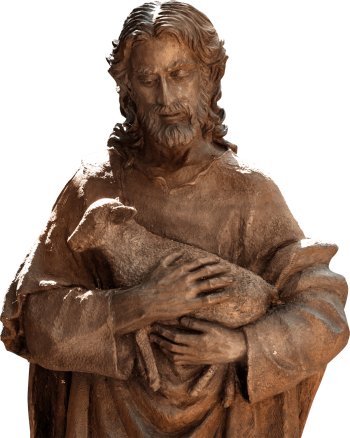