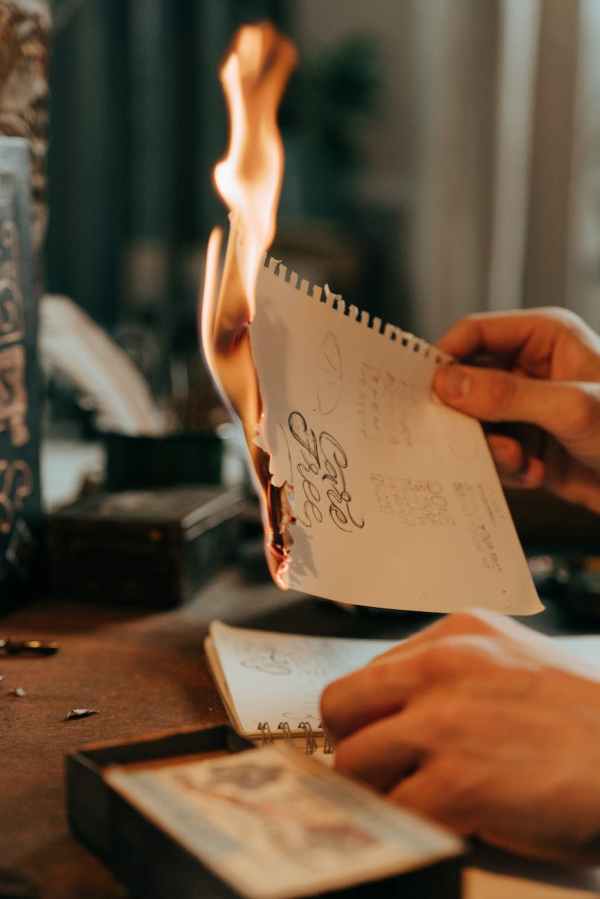 God’s ways are NOT our ways. And often, we can become discouraged by things that have happened in our past or things that seem like obstacles in the present. But our vision is limited by both time and space. We can’t see things from the outside looking in, and we can’t see things unfolding before they happen. Instead, we use our imagination, which can give us a vision that is wildly out of perspective.

Take the case of Jonah (see Jonah 1-4). Jonah was given a clear mission from God– go to the great city of Nineveh and give them a message of judgment. Jonah could not “see” the outcome, but he could imagine a lot of things that made him run in the opposite direction! Nineveh was the capital city of his arch-enemies. The Assyrian armies had swept through Jonah’s land, and had very likely killed several of his family members. They were notoriously violent and Jonah must have presumed that there would be great danger involved in traveling into Nineveh, let alone proclaiming a message of certain doom!

Jonah didn’t just ignore God’s command– he went as far as he could in the opposite direction. He wasted the opportunity to see what God had planned, choosing instead to run away. He boarded a ship for Tarshish. He probably thought that God would have to use someone else, or that He would bring judgment upon Nineveh without any warning. At least he, Jonah, would be safe. But God’s ways were not Jonah’s ways. God brought a fierce storm that threatened to sink the ship. The sailors were terrified, but Jonah felt the weight of his guilt. He told the sailors to throw him into the sea, and God would save them from the storm. Though the sailors probably felt they were sending Jonah to his doom, they obeyed. And they were amazed as the storm disappeared! Nothing about Jonah’s words or actions caused these sailors to see God’s glory, but see it, they did. And they worshipped

Jonah missed the opportunity to see how God worked “around” him to amaze the sailors– instead, he got another lesson in how God’s ways were not Jonah’s ways. Jonah may have expected to drown, but God sent a big fish to swallow him, instead. Jonah spent three days inside the fish, being saved from the icy waters of the sea, and transported back to land, where the obedient fish “spit” him out onto the shore.

God did not find someone else to send the message. God did not change His plans. God simply changed Jonah’s situation and gave him a second chance. This time, Jonah obeyed. And God performed another miracle. Instead of killing Jonah or ignoring his warning message from the Lord, the Ninevites believed. And they repented– from the King down to the lowest citizen. God relented and showed mercy in the face of such repentance. Jonah had the opportunity to see God’s mercy and wisdom.

But Jonah wasted this opportunity, as well. Instead of seeing the gracious hand of God at work to change the hearts of his enemies, Jonah only saw that God had not acted with vengeance and harsh judgment. (Later, when the Ninevites returned to their old ways of life, God DID send destruction, but Jonah missed that, too.) In fact, Jonah was angry with God, and threw a temper tantrum as the Ninevites celebrated God’s kindness and mercy. Jonah was a prophet– he very likely had a long career doing God’s work. He probably had many successes, but the Biblical account we have of him tells only of his failure. In spite of that, we can see in the story of Jonah how God can use even failure to bring salvation and redemption to the lost. God’s ways are not our ways!

Today, I want to be encouraged by Jonah’s story. So often, I get bogged down in the mistakes of my past–missed opportunities and failures, things left unsaid, or actions that can’t be undone. It is important that we acknowledge our sins and mistakes; that we do what we can to make amends, and that we repent. But we must also acknowledge God’s power to make all things work together for good (Romans 8:28) and remember that “He who began a good work in you will be faithful to complete it.” (Philippians 1:6) Know too, that God knows the plans He has for you (Jeremiah 29:11) even though you and I cannot see the end of the story. God’s ways are not our ways (Isaiah 55:8); they are higher and Holier. His wisdom and power are infinite, and His plans are ultimately for our Good.

“Wasted” opportunities need not lead to years of guilt and self-torture. Instead, they should be learning experiences that lead us to greater faith, quicker obedience, and greater joy!