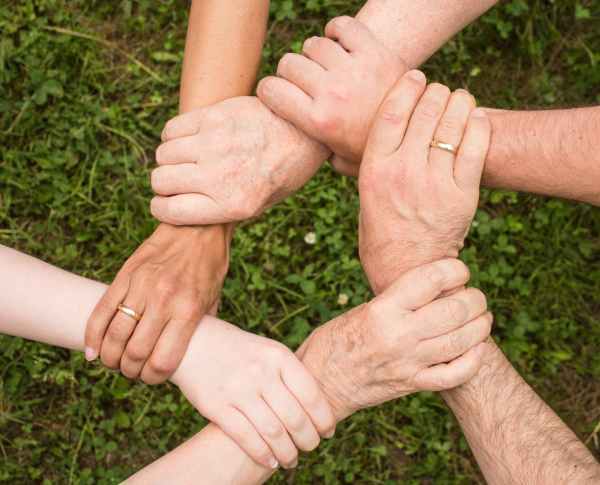 Something curious has been happening to “The Church” in the age of COVID. In many areas, public gatherings have been limited or even prohibited, leaving local churches scrambling to re-invent their worship services and other programs. For a few weeks last summer, my local church was “closed” to the public, but sermons and worship songs were filmed and sent out as podcasts. Families could stay at home and still “come to church.” Since our congregation is made up of many large families and many elderly couples who are at high risk for getting or spreading COVID, this seemed like a safe alternative. However, for those who are single or just a couple living alone, we were encouraged to find another couple or family and “do church together.” (My husband and I watched the podcasts, but we didn’t gather with any other couples.) I knew of several small churches that continued to have “regular” live services– with congregations of fewer than 50, and plenty of space, they could meet the state guidelines. Others had “Zoom” services, or live streaming services for their sermons and a small praise team. David and I visited a couple of small churches, and, as our church opened up for limited seating, we happily attended in person. The larger the congregation, the more difficult it has been to have “live” church. Many are still struggling to find a “safe” alternative for congregational worship.

Most of the churches in my area are currently open and trying to “get back to normal.” But something is still different. My husband and I went to Easter Service this year, and it felt really good to worship with familiar faces, even if they were still behind masks. There weren’t as many hugs or handshakes, and not as much “fellowship” before or after the service. The Joy of Easter was mingled with caution; the joy of seeing others was mixed with the fear that some familiar faces were still “missing.” We waved at familiar faces, and we sang familiar songs. But for me, at least, it seemed that we were still isolated from others. We “showed up” for church; we didn’t really “gather together.” I don’t know that anyone else felt what I did– and I don’t think this was any “lack” in our local congregation. But I think it will take some time and effort to reclaim “togetherness” in the sense that we used to take for granted at church.

As I reflect on all this, I feel a sense of sadness and loss. And yet, I also sense a wonderful opportunity to rebuild and redefine our church community; one that remains close, not based on familiarity or shared worship style or similarity of situation or culture, but IN CHRIST! “Where two or three are gathered”…(see Matthew 18:20) We often use this verse as a promise of God’s presence whenever we have a service or a fellowship meeting. But the verse reads, “For where two or three are GATHERED IN MY NAME, there am I among them.”(ESV– emphasis added). This seems obvious, but I think we have a great opportunity to reflect and re-think what it means to “gather” in Christ’s name.

We have amazing opportunities to “gather” via social media, live streaming, digital sharing, etc., with brothers and sisters around the world. We have the opportunity to develop friendships and relationships around the world, and worship with thousands of others simultaneously. And that’s wonderful. But Jesus’s promise is not made to mega-gatherings of believers “showing up” for a worship “experience.” Jesus promised to be where “two or three” are gathered in His name. And that doesn’t just mean that we need to get involved in a small group Bible study or “plug in” to a small fellowship group– though both are great opportunities.

But what happens when Jesus shows up at the grocery store when you run into your neighbor and share a prayer request, or at the restaurant, when your family says grace, inspiring others to do the same? What happens when “IN MY NAME” becomes a bigger part of our everyday life? What happens when that friend on social media becomes a prayer partner, instead of someone who just “likes” our jokes and photos? What happens when we make an effort to gather with a few neighbors for Bible study– even if we all go to different churches for worship?

9 Two are better than one, because they have a good reward for their toil. 10 For if they fall, one will lift up his fellow. But woe to him who is alone when he falls and has not another to lift him up! 11 Again, if two lie together, they keep warm, but how can one keep warm alone? 12 And though a man might prevail against one who is alone, two will withstand him—a threefold cord is not quickly broken.

I confess that COVID has shown me how much I’ve been living life and pursuing prayer in a bubble. I need to “gather” and interact one-on-one and in small groups with other believers. How much of Christ’s presence have I halved by hoarding it to myself or searching for Him in the church pews–how much more I can pursue relationships that include and invite Jesus to be “among” us, rather than just “with me.” 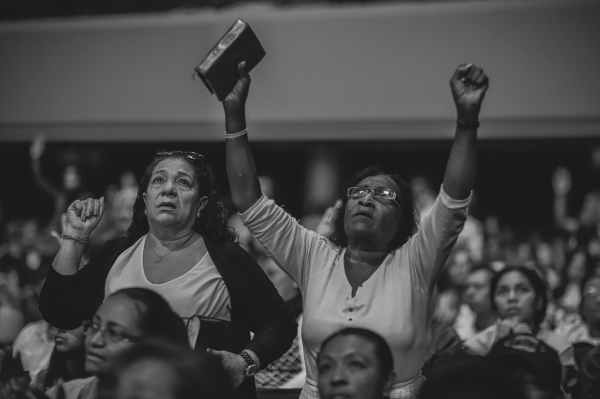 I see a lot of articles, posts, and religious sites as I wander around the internet. And there has been a lot written and shared lately about the word Christian getting a “bad rap.” Many writers and church goers are no longer comfortable calling themselves Christians. They don’t want to be identified with “bad” Christians– hypocrites, political extremists, etc., who loudly and proudly use the label while treating others with contempt, and generally acting like bullies and/or clowns. The growing trend is to use the term “Christ-follower” to describe a lifestyle that seeks to mirror that of Jesus Christ during His life on earth.

Proponents of this practice point out that Jesus never called His followers “Christians.” Instead, He consistently invited people to “Follow me.” The term “Christian” is associated with the earliest Gentile churches and with the scattering of the persecuted church across Judea, Samaria, and Asia Minor. The term originated in Antioch a few years after Jesus’ resurrection:

19 Now those who were scattered after the persecution that arose over Stephen traveled as far as Phoenicia, Cyprus, and Antioch, preaching the word to no one but the Jews only. 20 But some of them were men from Cyprus and Cyrene, who, when they had come to Antioch, spoke to the Hellenists, preaching the Lord Jesus. 21 And the hand of the Lord was with them, and a great number believed and turned to the Lord. 22 Then news of these things came to the ears of the church in Jerusalem, and they sent out Barnabas to go as far as Antioch. 23 When he came and had seen the grace of God, he was glad, and encouraged them all that with purpose of heart they should continue with the Lord. 24 For he was a good man, full of the Holy Spirit and of faith. And a great many people were added to the Lord. 25 Then Barnabas departed for Tarsus to seek Saul. 26 And when he had found him, he brought him to Antioch. So it was that for a whole year they assembled with the church and taught a great many people. And the disciples were first called Christians in Antioch. (emphasis added)

For a more detailed look, check out this link: http://www.bible.ca/ef/expository-acts-11-19-26.htm

Christian was not a positive or honorable label for the early followers of Jesus Christ. There are still many places in the world where the label “Christian” invites arrests, beatings, and death threats. There are places where the name “Christian” invites scorn and derision. What has changed (or seems to have changed) in the intervening years is that we see and hear of more and more places in the world where the label “Christian” brings up images of sneering protesters condemning gays or smug white faces spouting self-righteous phrases to justify greed, racism, and/or injustice. “Christians” are not just unwanted or misunderstood by others–Christians are unwanted by their own; misunderstood and misrepresented, at odds and at war with one another.

So what can be gained by followers of Jesus Christ in re-branding themselves as “Christ-followers?” After all, it’s just a name. In the 1960s, many Christians were condescendingly labeled “Jesus Freaks.” Jesus Freaks were viewed much like Hippies. They spoke of Peace and Love and Acceptance. They taught about kindness and unity. They were often young, and generally disillusioned with the older generation and its way of life. They acted a lot like Hippies; they just didn’t do as much experimenting with drugs and free sex. Much like the early Christians, they were labeled by those who dismissed their message and their way of life. They rejected traditional or mainstream Christianity, and were dismissed by many who called themselves Christians. Some were openly critical of previous generations of Christians. Many of those who wish to be called “Christ-followers” now are the descendants (or remnants) of the Jesus Freaks of the 60s. The mind set is very similar– disillusionment with others who have misused or abused the name of Christ, and a desire to “rescue” the reputation of the church.

There have been other groups across the centuries who have tried to re-brand and re-label their devotion to Jesus– God-fearers, Disciples, Reformers, Witnesses, Saints, Fellowships, etc.. And there is no command in Scripture that we must all call ourselves by a particular label.

But is seems odd to me that the very label, “Christian,” that came about because of persecution, that came about as a derisive, sneering, condescending term, was embraced by those it sought to shame and intimidate. Why didn’t the original “Christians” re-brand themselves to make their cause less offensive? Why has this term, “Christian,” endured over the centuries?

I think there are a few very good reasons:

If you are a Christian reading this– how are you bearing His name today?