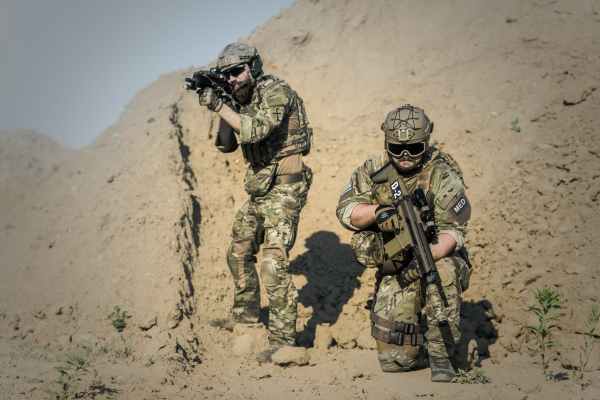 I’ve been following the story of Lot– a Biblical character in the book of Genesis, and the nephew of Abram/Abraham. I left off in Genesis 13, where Abram and Lot had to separate their flocks and herds. Abram offered Lot the opportunity to choose the best of the land– and Lot jumped at his opportunity. He chose the well-watered valley along the Jordan river, near the thriving cities of Sodom and Gomorrah, and moved his tents just outside of Sodom.

But the author of Genesis (likely Moses, writing generations later) adds a single sentence that foreshadows events to come: “ But the people of this area were extremely wicked and constantly sinned against the Lord.” (Genesis 13:13 NLT via http://www.biblegateway.com). It doesn’t take very long for this small detail to add up to a “lot” of trouble. The fertile Jordan valley may look like a paradise, but there are perils and pitfalls all around. In Genesis 14, we hear of a great war– five regional kings against four– with Sodom and Gomorrah caught in the middle. (https://www.biblegateway.com/passage/?search=Genesis+14%3A1-16&version=NLT) The armies and kings of Sodom and Gomorrah flee the battlefield, and straight into a series of tar pits. The opposing armies loot the cities, taking all the food and supplies. They also kidnap Lot and take all his possessions, because he was “living in Sodom.”

Notice two important details here– Lot is no longer pitching his tents outside the city; he has moved into Sodom. When we make the choice to live “on the outskirts” of evil, thinking we will remain separate and untouched, we are asking for trouble. Lot cannot live in paradise and avoid the evil and war all around him. And he isn’t prepared for the consequences. The war is happening all around him, yet he has made no plan to escape or to fortify his home or property.

Secondly, Lot wasn’t among the army or fighting with the kings– on either side! Lot stood for nothing; fought for nothing; defended nothing. Lot placed all of his hope and faith in blind chance– thinking somehow he would be spared the violence and war happening all around. He seems to have had no concern about his neighbors or their fate. He seems indifferent to their losses, and uncaring of their needs. One might argue that if the neighbors were so wicked, Lot had no obligation to help them, but his level of apathy and inactivity suggest that Lot was both self-centered and inept.

One of Lot’s men manages to escape and bring word of this disaster to Abram, who mobilizes his men, makes a daring night raid on the army of the five kings, rescues Lot and restores all of the stolen property and other kidnapped people. The king/priest of the city of Salem (meaning peace) blesses Abram. The rescued King of Sodom offers Abram all the captured loot in exchange for the people, but Abram refuses. Unlike his nephew, who is enticed by lands and goods and wealth, Abram seeks only peace and goodwill.

This might have been the end of Lot’s troubles; he might have learned a valuable lesson. But he didn’t.

God’s ways are not our ways. God often turns our expectations on their heads– choosing Abraham and Sarah to become parents at an advanced age; choosing Moses, reluctant, disgraced, and hot-tempered, to shepherd close to a million refugees across the wilderness; choosing David, young and poorly armed to defeat the mighty giant, Goliath; choosing to send His Messiah as an infant, the son of a teenage girl stranded miles from home in a cattle shed…

Not only that, but God chooses to include cryptic and seemingly random details in many of the stories we read in the Bible. When Abraham and Sarah received news that they would become parents, Sarah laughed. Such a small detail, but God called attention to it, even giving the name Isaac (Laughter) to this promised son. When God called Moses, He didn’t just include the details of the burning bush and the miraculous signs, He chose to include Moses’s excuses and objections, and a curious command to Moses to remove his shoes.

Recently, I found a short discussion about the “five smooth stones” David used to defeat Goliath. https://www.biblegateway.com/passage/?search=1+Samuel+17%3A26-50&version=MSG Some teachers spend time talking about the number of stones– why five? Did David doubt God’s power and provision? Can we attach significance or apply principles to each stone? But someone commented (I’m sorry, I lost the reference, or I would attach a link) on the fact that the stones were smooth–I’d never really noticed that detail before. David chose five smooth stones from the brook, not five heavy rocks, not sharp-edged stones of flint, not round balls made of iron– five smooth stones. The smooth stones in the brook may seem like a strange choice to us if we are not used to using a sling, but to David, such stones meant greater accuracy and speed. Five such stones would have been about a handful– easy to carry, load, and fire in rapid succession, if necessary.

I would like to suggest that there are some principles here that apply to both prayer and Christian living, especially involving how we can pray for and interact with the “giants” and “enemies” in our lives: