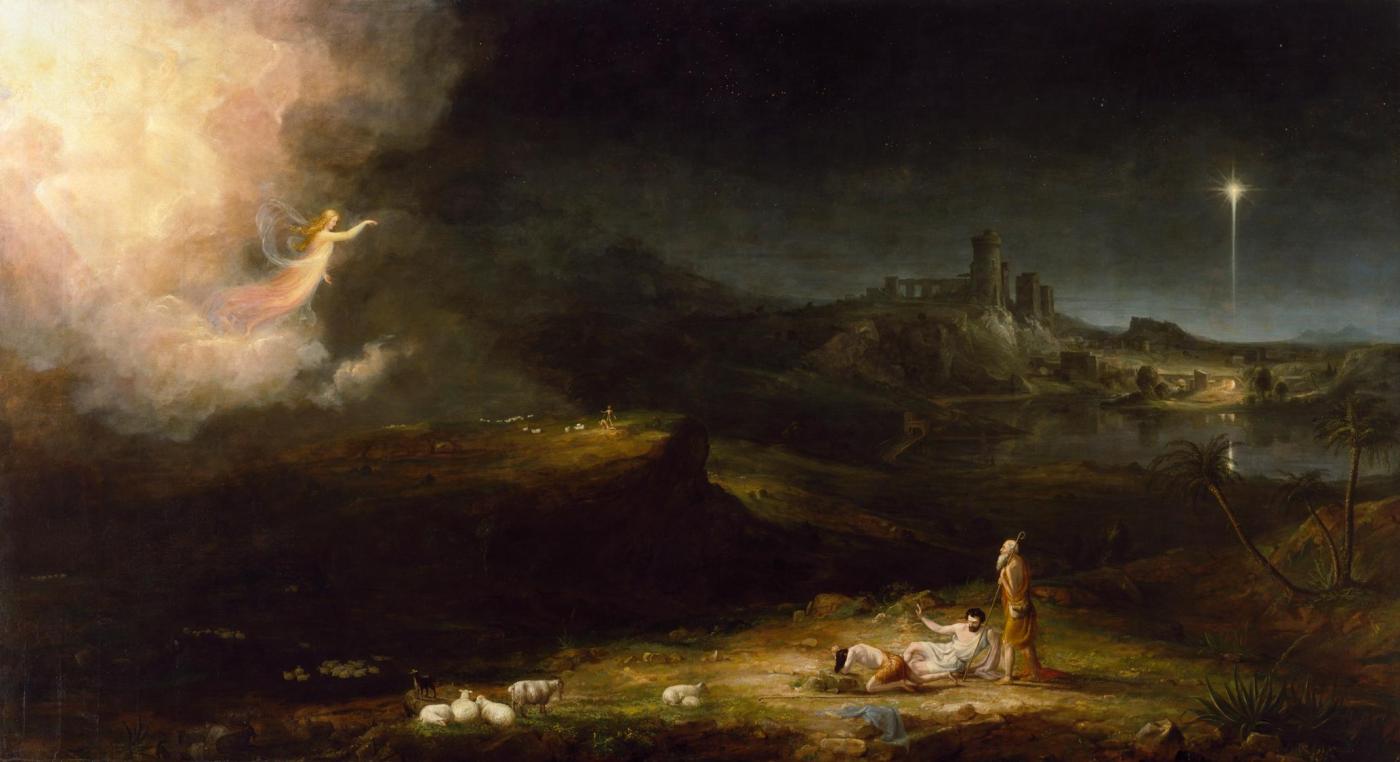 While shepherds watched their flocks by night,
All seated on the ground,
The angel of the Lord came down,
And glory shone around.
“Fear not!” said he, for mighty dread
Had seized their troubled mind;
“Glad tidings of great joy I bring
To you and all mankind.
“To you, in David’s town, this day
Is born of David’s line
A Savior, who is Christ the Lord,
And this shall be the sign:
“The heav’nly Babe you there shall find
To human view displayed,
All meanly wrapped in swathing bands,
And in a manger laid.”
Thus spake the seraph and forthwith
Appeared a shining throng
Of angels praising God on high,
Who thus addressed their song:
“All glory be to God on high,
And to the Earth be peace;
Good will henceforth from heav’n to men
Begin and never cease!”

Why the shepherds? Angels might have appeared to the rulers and priests of Israel, announcing the birth of their long-awaited Messiah, but they did not.  Nor did they appear to the common citizens (and other visitors) in Bethlehem.  We make much of the shepherds being lowly and humble, and that is true enough.  But there were other poor and humble people throughout the land.  And there were “important” people who waited to hear the news.

There is something about shepherds that is close to the heart of God.  All the way back in Genesis– Abel was a shepherd.  The early patriarchs– Abraham, Isaac, Jacob– were all shepherds.  Moses, when God called him, was working as a shepherd.  King David started as a shepherd, tending his father’s sheep, while his older brothers were serving in the army.  The prophet Amos was a shepherd.  Jesus used several parables about and allusions to shepherds and sheep as well.  (See Matthew 18:10-14; John 10 among others.)

Shepherds are humble, yes, but there are other traits that I think are at work in the story of the Nativity– some important, and others incidental:

This Advent season, may we consider the shepherds and learn to be watchful, other-focused, joyful, ready to accept the Good News, and faithful in all that we do and say in response to our Good Shepherd!

One thought on “While Shepherds Watched Their Flocks”