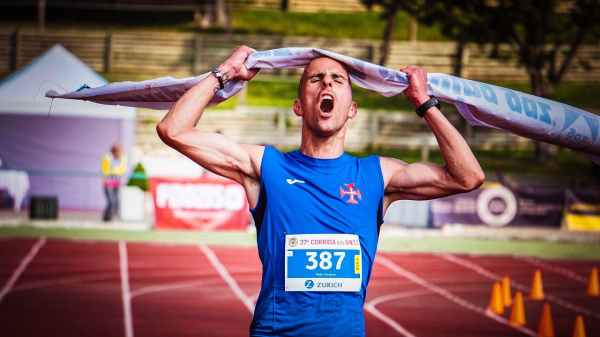 God always finishes what He starts. He always completes His tasks, fulfills His promises, and wraps up the loose ends.

As I look back over the past year, I see many tasks that I wish were “finished.” I would like to know that my days of washing dishes, sweeping floors, folding laundry, returning phone messages, etc., were done! Of course, that would mean that my daily life was also finished here on earth! Some tasks here just don’t “end.” I also see many tasks which should be completed, but aren’t–projects started and abandoned, tasks on pause until I can get the right supplies, or tasks left behind because something unexpected and more urgent came along.

God is faithful in all things. So it is possible for Jesus to say, “It is finished,” as He breathed His last on the cross– even though we still experience life in a fallen world. His word is trustworthy and true, so we know that the work is/will be accomplished and completed. But God is also faithful in the daily tasks that He does– sunrises, seasons, Mercies that are “new every morning.” He does not abandon the work of forgiving, redeeming, sustaining, or transforming lives.

We are NOT God, but we should strive to finish what we start. Part of that is recognizing our human limitations. We may not finish everything we dream of doing today. But we can work to finish each task, and take each step in faith and dependence on the One who does all things well. And we can purpose to run our race with courage and confidence, knowing that God will give us what we need to keep moving ahead.

“Father, today I pray that You would help me to finish those tasks that are necessary– both the daily tasks, and the long-term projects You have for me to do. Help me to be diligent in the things I can do, and to trust You in the things I cannot do on my own. As I look forward to another year, help me to learn from Your example, and to seek Your wisdom each day, from start to “finish!”

I’ve been reading about Joseph in Genesis. He was the favored son of Jacob (Israel), and he was a dreamer. His dreams were spectacularly unpopular with his older brothers, and got him into a world (or a well) of trouble. (See Genesis 37)

Joseph’s dreams were sent to him from God…they weren’t just wishes or imaginings. But they were grand. Joseph had a dream that all his brothers (represented by bales of wheat) bowed down to him. Later, he dreamed that his entire family would bow down to him. He was just 17, and full of the arrogance of youth. His jealous brothers were so outraged, they plotted to kill him. When an easier opportunity arose, they sold him into slavery, instead. (See Genesis 39-45)

Joseph’s dreams seemed to mock him when he arrived in Egypt as a slave. And after spending years building up a sterling reputation with his master, his dreams were dashed again. Falsely accused and unable to defend himself, Joseph ended up in prison. Who would ever bow down before a convict and a slave?

Joseph could have become bitter and angry. He could have given in to the frustration of serving those who were willing to let him do all the work and take on all the responsibility, while they got all the credit. But Joseph dared to dream– not the dreams of an arrogant 17-year-old, but the dreams of an honest and God-fearing man. He dreamed that his actions and attitudes mattered– even as a slave; even as a prisoner. He dreamed that God could and would rescue him and vindicate him. He dreamed that God had a purpose for his life– one that depended on Joseph being the best man he could be.

The Bible never records Joseph having visions and dreams in Egypt. But because Joseph had experienced grand dreams as a youth, he was sensitive to the dreams of others. He could have ignored the dreams of Pharaoh’s cup bearer and baker in prison. He could have sneered and laughed at their dreams. He could have told them all about his much grander dreams of old. Instead, he was ready to ask for God’s wisdom to help others interpret THEIR dreams. And in doing so, God gave Joseph the miracle of a dream fulfilled. Along the way, Joseph received life lessons in patience, humility, responsibility, management, integrity, and leadership. Joseph’s brothers–coming to seek grain!– bowed down to him, just as he had once dreamed they would. But they didn’t bow to him as a kid brother; they bowed before Pharaoh’s agent and the second-most powerful man in the entire known world. They bowed before a men who held the kind of power none of them had ever dreamed of. They bowed before a man they might have killed– except for God’s plan. Joseph was sent ahead, trained in the art of management, and perfectly placed to save thousands of lives.

Sometimes our lives seem like a waste– all our dreams have been shattered, either by circumstances or by our own bad choices. But God can take our most cherished dreams and redirect them into something amazing. He has a purpose for your life. It may not seem grand, like Joseph’s youthful dreams, but in God’s hands, it may have an enormous impact. Some days, it may seem like we’re living through a nightmare, but God writes the ending– and He’s already there!