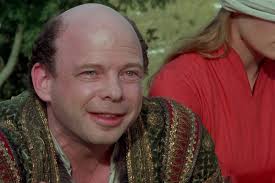 One of my favorite movies is “The Princess Bride.” Based on a modern “fractured” fairy tale by William Goldman, it tells the story of a young couple whose “fairy tale” romance is complicated by his death, her kidnapping on the eve of her wedding to an evil prince, and rodents of unusual size…

One of the kidnappers is a Sicilian mercenary named Vizzini. Vizzini brags about his intellect, and claims to know more than anyone. He also claims that his plot to kidnap Princess Buttercup is perfect to the last detail. But when a mysterious stranger begins following them, and foils each of Vizzini’s efforts to shake him, Vizzini grows more and more rattled. His brilliant plan turns out to be less than perfect. In fact, the mysterious stranger (who turns out to be Princess Buttercup’s long-lost true love) succeeds in rescuing the princess and defeating Vizzini in a battle of wits.

As each of Vizzini’s efforts fails, he declares it is “inconceivable” that the stranger should win. Even in the face of clear evidence, Vizzini finds it unbelievable that his plan should have failed–and failed again! Finally, one of the other kidnappers turns to Vizzini and says, “You keep using this word; I do not think it means what you think it means”.

I often hear people scoff at faith in God– “it doesn’t make sense.” “There’s no proof that God exists.” “How can you believe all those old myths–Noah and the Ark; Moses and the Red Sea; David and Goliath–they’re impossible in ‘real life’.” “It’s inconceivable!” “Stop saying all that stuff about God!” “Stop saying you’ll pray for me.” “Prayer is nothing more than wishful thinking.”

And it can be difficult to have faith, sometimes. We don’t ‘see’ what God is doing in our lives and circumstances.” We don’t understand the bigger picture. We don’t believe that God sees or hears us in the middle of our struggles. But God tells us time and time again that nothing is impossible for Him; that He knows all that happens, and that He works all things together for the good of those who follow Him (Romans 8:28). God is able to do “exceedingly, abundantly, above all that we ask or think..”(Ephesians 3:20)

Those stories in the Bible; those “unbelievable” stories we hear or read about miraculous healings and lives transformed…we can choose to ignore them, or scoff at them. We can, like Vizzini, claim that they are “inconceivable,” or try to explain them away while trusting our own knowledge and experiences to get us through life. We can ignore the wise counsel of others, ignore our conscience, and laugh in the face of danger. But in the end, we are human. We are fallible. We are not all-knowing or all-powerful. And we are not immune to sin and its poisonous consequences. The only chance of escape is to be rescued by someone who is “immune” to sin– our Savior, Jesus the Lamb of God.

It may seem “inconceivable” that God would part the Red Sea, or save Noah in the Ark; it may seem beyond belief that Jesus would be born as a human, live among people who denied Him, die on the cross and be resurrected on the third day, so that He could take away the power of sin and death for anyone who will trust Him. But it is precisely this Good News that has transformed the lives of millions of people throughout the centuries since he came.

It may seem “inconceivable” that God would listen to our “little” prayers and care about our every need– but He does! His Love may be beyond our ability to comprehend or explain– His power extends beyond our wildest imagination. But if we have faith– even as small as a mustard seed (Matthew 17:20)– we can experience God’s Love, Power, Grace, and Salvation in miraculous ways.

One thought on “Inconceivable?”