I’m revisiting Jonah today.  The book of Jonah is a fascinating study–it’s just four short chapters, but they are packed with messages that inspire, convict, and encourage. More about Jonah here… 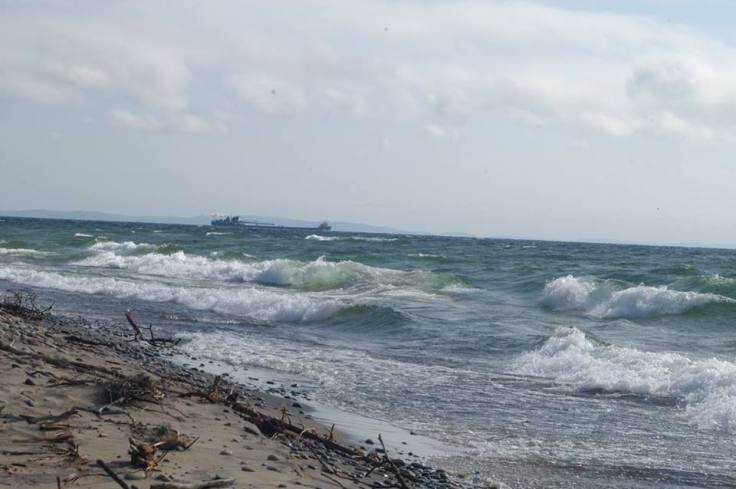 At the beginning of the book, Jonah is sent by God to preach disaster to a city steeped in evil and violence.  Nineveh was an ancient metropolis of the Assyrian empire, located near modern-day Mosul, Iraq.  The people of Nineveh had been responsible for attacks against Israel, and it is believed that Jonah may have lost family members in these attacks.  Now God is sending him into the “belly of the beast” to preach judgment and doom.  Instead of following God’s command, Jonah tries to run away and gets swallowed by a big fish.

This is the part of the story with which most people are familiar– Jonah and the “Whale”.  But this covers only the first quarter of the story!  Inside the fish, Jonah prays.  It is a beautiful prayer of praise and acknowledgement of God’s might and power to save.  This is not the sniveling coward of chapter one, but the great prophet he could have, should have been.  God gives him another chance and this time, Jonah is faithful to preach the message God sends– forty more days and He will wipe out Nineveh.

But something unexpected happens.  The people of Nineveh hear Jonah’s dire warning– a lone voice calling in the streets with a gloomy message– and they repent.  From the least to the greatest, they cry out for mercy, they fast and mourn and do a complete about-face.  Just as God saved Jonah from the fish, He relents and saves Nineveh from destruction.  Jonah’s enemies get to live to see a new day!

The Ninevites repented, God relented, and Jonah resented.  The last chapter tells of Jonah’s temper tantrum in the light of God’s mercy.  God even sends him an object lesson in the form of a gourd vine.  The book of Jonah ends abruptly with God’s last statement.  We never read Jonah’s response; we never find out if he learned his lesson a second time or not.

Even with its abrupt end, the book of Jonah teaches about three important responses:

Three words, so similar in spelling and sound, but so very different in impact!

Lord, I pray that my repentance would always be immediate and sincere; that I would see others, and their need for your grace, through your eyes of compassion; and that I would not resent your goodness and patience toward others.  Thank you for your patience and mercy toward me, and may I give the same to those who need to see Your face.  Give me the wisdom to trust you and obey, even when my flesh would run away.  May I see the gourd vines and big fish in my life as your gifts.