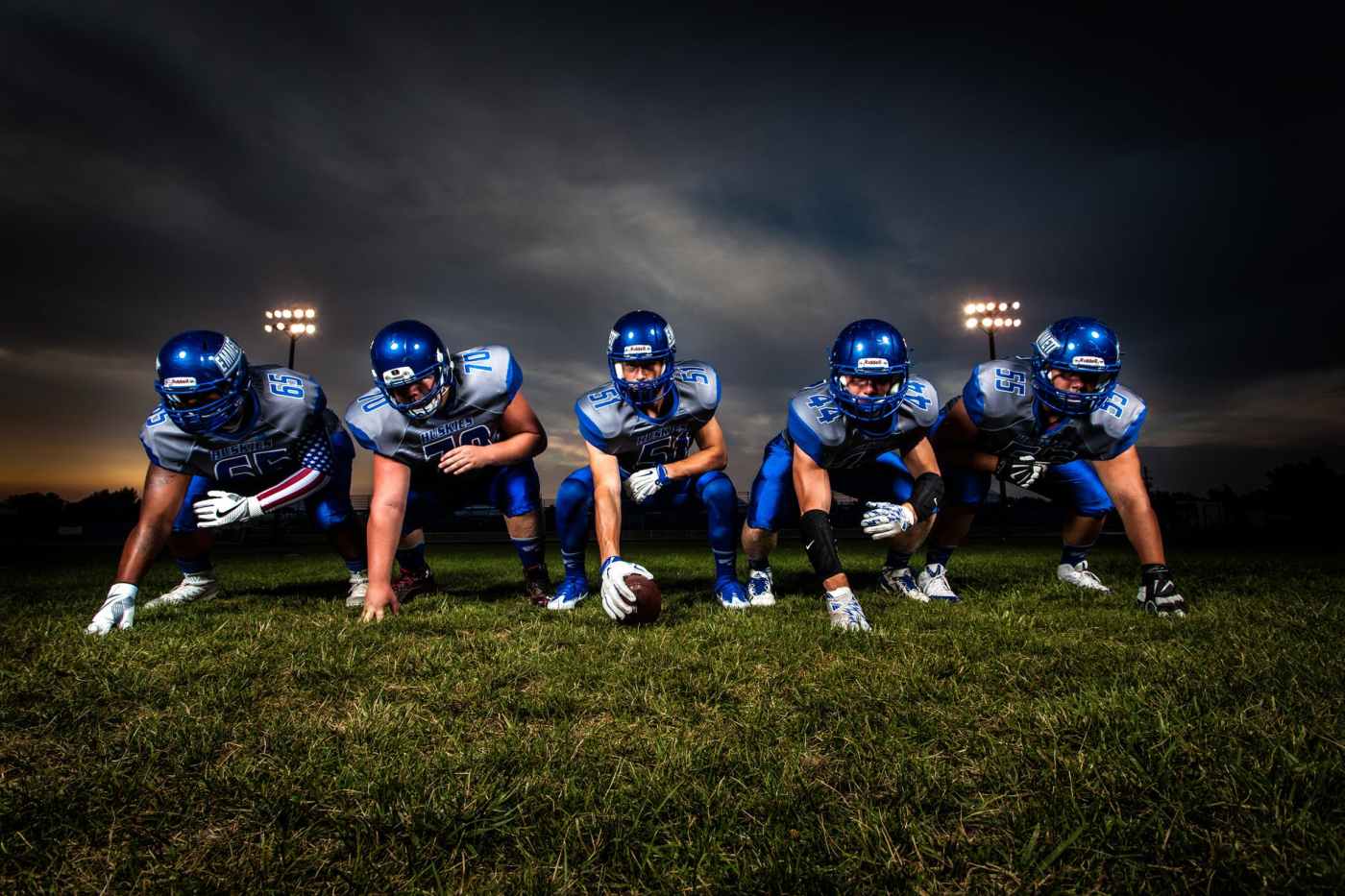 I witnessed a blow-out high school football game last week.  The final score was 57 to 0!  Once the point differential was over 50, they invoked the “mercy rule.”  The game clock would not stop for downs; there would be no more “time out” calls– as this happened late in the game anyway, it just meant that the end came quickly and “mercifully” for the losing team.  It also meant that players were less likely to take dangerous risks in the forlorn hope of scoring big points.

High school football has a “mercy rule”  so that struggling teams don’t become victims of absolute despair.  This team deserved to lose, and they did.  They lost big; but they could’ve lost by a wider margin.  And they didn’t lose for lack of effort– they pushed hard and gave it a mighty try.  But they were not up to the challenge of a better team.

In the end, we are all losers in the game against Sin– whether the loss seems like a close shave or a blowout, the result is the same.  But the consequences are much more dire.  The penalty for Sin is Death.  Not just a single lost game, but an eternal loss of life and hope and light and love!  We are no match for Sin, and Sin shows no mercy.  Even with a mercy rule, our situation seems hopeless.  But it is not.

Death may seem like a a harsh and undeserved judgment.  We “can’t” win.  Or, more correctly, we will always lose.  Even a “mercy rule,” while it may mean that we don’t get the death we deserve, wouldn’t keep us from being “losers.”  This is how many people see God’s offer of salvation– as some sort of mercy rule that keeps us from the fate we can’t avoid.  But even if God only offered mercy, it would be infinitely better than we can imagine.  Because God’s mercy is not just a “rule”, it is a priceless gift of restoration.  We can be free from the “loss” and penalty we deserve, no matter what the “point differential.”  Even a close “loss” to sin is wiped out by God’s mercy.

God’s offer of salvation doesn’t just stop at mercy, however.  It includes something that will never happen in a football game or anywhere else in life.  God extends His Grace– all that we don’t deserve, and never could deserve–above and beyond the already infinite and superior mercy we needed to escape the judgment of Death.  We don’t just escape the horrors of death and hell.  We are gifted with all we need to win the game– to be co-victors over Death and Sin.  God, in His mercy keeps us from losing.  In His Grace, He coaches us, plays alongside us, cheers for us, and gives us the power to become all that we need to be to play our best.  AND, He has already secured the victory.  Far from being in a position where we “can’t” win– God offers us the opportunity to be in a position where we can’t LOSE!

It is my ongoing prayer that if you are reading this, you have already responded to God’s invitation, through Jesus Christ, to be victorious; that God’s spirit would guide me to write what will be helpful in encouraging you and strengthening your faith (as well as my own).  I pray that you will grow in faith and make the pursuit of prayer part of your daily walk in Faith.  If that is not the case, and you have not accepted both God’s mercy and His grace, I pray that you will take that opportunity today.

Don’t wait for a “mercy rule”– accept the mercy of the Ruler!